Welcome aboard the USS Prometheus!

“It is the struggle itself that is most important. We must strive to be more than we are. It does not matter that we will never reach our ultimate goal. The effort yields its own rewards.”
Lt. Cmdr. Data 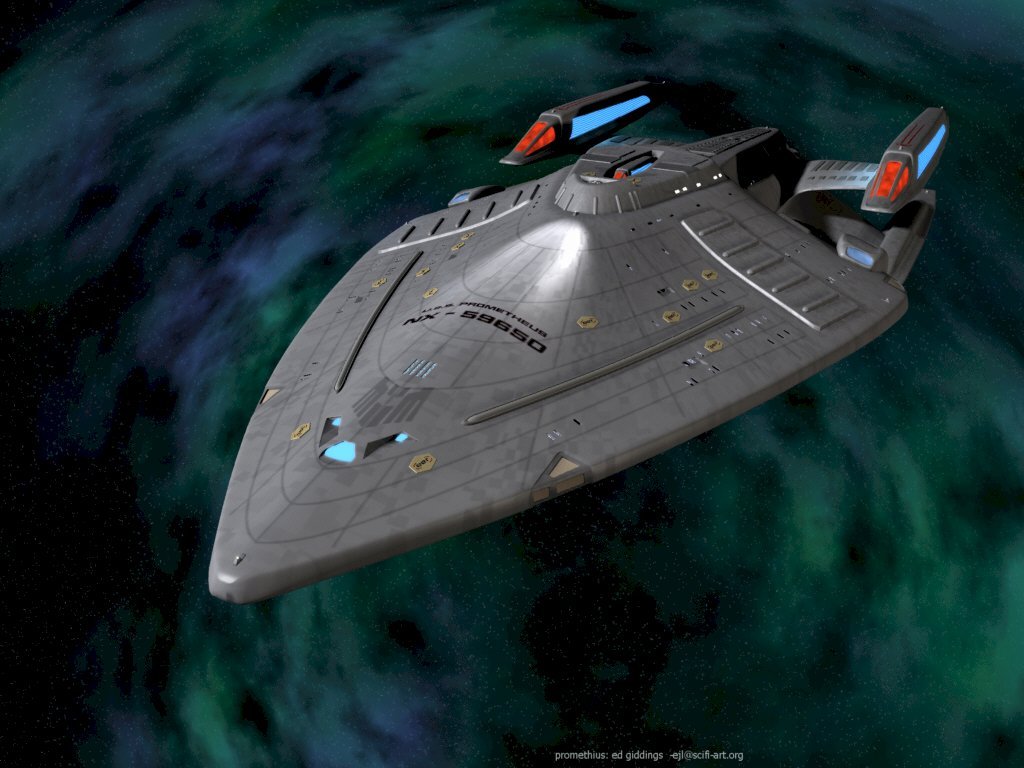 USS Prometheus was launched in early 2374 and was heavily restricted. On her first test run, she was hijacked by Romulans, after being returned she was returned back to San Francisco Fleet Yards and officially commissioned by Starfleet however once returned she awaited for her crew only not to receive one. In 2375 she was declared mothballed.

Despite being stuck at San Fransico Fleet Yards she often enough managed to get re-activated, 2378 a Borg Sphere arrived via Transwrap at the edge of the system. Prometheus was quick to respond but during the skirmish, she lost the majority of her hull.

With a Glatatic Emergency on the horizon, Prometheus has one last battle to win.

Regrettably, our time is coming to a close.

Due to real-world issues (living and economic crisis in the UK). I am announcing my resignation as Game Master of ST:Prometheus and my retirement from swimming enforce.

The game will close on the 20th of August, 2022 (next week). If anyone wishes assistance moving on, I will be happy to help.

"Now, I don't pretend to tell you how to find happiness and love, when every day is a struggle to survive. But I do insist that you do survive, because the days and the years ahead are worth living for!" - Edith Keeler, TOS: The City on the Edge of Forever"

I look forward to writing with everyone!

Takahiro walked through the relic starship, the ship was a mess it was last used in the return of Voyager fight against the Borg Sphere. Ukwu wasn't looking forward to this at all, he was just a Lt Director of an R&D project that kept getting cut back due to…

Dilok lounged in his quarters, he had just completed a 12-hour shift in Sickbay where he was treated by the Doctors as an object. It was one of those days all he wanted to do now…

London sat in the cockpit of her interceptor, it had been one of those days, long and very boring. Mostly escorting or ordering a ship to stop and return to Earth Starbase. But it was the end of her shift, she was landing back in the hanger bay except when…

» Opposite of what was wanted

This was the 3rd week of Project Protostar being suspended, pending an operations enquiry. Lieutenant Ukwu, was in charge of the project since the operation budget cut of '82 which saw the majority of the staff moved elsewhere. You occasionally bumped into them in the canteen but the labs…